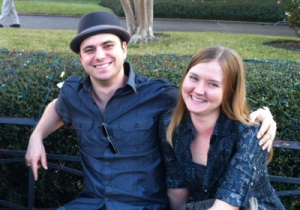 If you are a techie, this next interview in the MD Salaries Interview Series is a real treat.  Have you ever used MediMath on your iphone during those rounds at the hospital or to save yourself during a pimping session?

Well, Dr. Evan Schoenberg is the creator of that app plus 14 other medical apps and 3 remote control type apps.  He single handed wrote the code and launched those apps on iTunes as a part of his company, Regular Rate and Rhythm Software.  His company was formed in 2008 back when the Apple App store had recently opened.

And another thing, have you ever heard of Adium?  It’s one of the best chat clients (on a Mac) for combining all of your chats from MSN, AOL, Gmail, Yahoo, and Facebook into one window instead of having all those windows open and bogging down your computer.  Dr. Schoenberg has been a lead developer for Adium for the past 10 years!

These are products that I’ve been using daily for years on my Mac, iPhone, iPad, etc.  So it’s really awesome for me to talk to Evan about his life and bring you this interview.  When he’s not coding, he’s saving people’s eyesights on a daily basis as an ophthalmology resident.  Enjoy.

How did you get into programming in general and then for Adium?

My grandfather was a huge tech enthusiast. He taught me to love computers – not just as black boxes for game diskettes but as programmable systems – and gave me my first, an IBM XT, when I was about 4 years old. I was programming BASIC on the Apple ][ machines and on my home PC in elementary school, then started playing with C in later years. Adium was what brought me into writing in Objective C, the language used by Mac and iOS devices; I was originally just an enthusiastic user, looking to make small changes to a young app so it would better suit my needs. Over the course of the first year working on the application, I first learned the language, then gained proficiency (mostly by repeatedly trying to accomplish specific goals until I found what worked). Soon I was invited to join Adam Iser, the application’s founding developer, as co-lead developer.

When Apple released the iPhone SDK, using the same language as Mac programming, it was a natural fit to move into writing iPhone apps.

What made you go into medicine? Into ophthalmology?

There’s my grandfather again, at least originally! He was a pathologist and really convinced me that medicine was a field that could provide lifelong satisfaction. “The last great profession,” he called it. I think that may be overstating the case – there are a lot of grew professions – but it was a good sentiment and it got me started.

I gravitated toward ophthalmology for a number of reasons. I love the extent to which people value their vision; sometimes, people will do the Right Thing to protect their eyes even when they make poor choices about their heart, their lungs, and so on, because it has a very upfront importance to our day-to-day lives. I love the microsurgery of ophthalmology, a chance to handle fine details for a great result, and the OR in general. I enjoy all the challenges and triumphs of clinic, too, a space that for some surgeons is a bane. It’s a great fit.

You started your company, Regular Rate and Rhythm in 2008. How has it grown in the past 4 years? For example, do you have any co-founders or employees? Any venture backing? How many apps have you written in total?

It’s been a great adventure, and a successful one. For the first few months after MediMath, my first App Store app and one of the first clinical calculators on the App Store, was released, I remember saying to my wife every day after looking at sales revenue and my bulging inbox, “This might not last. We shouldn’t make any plans around this…” Four years and a dozen distinct apps under the RRR name later, some with basic/pro or free/paid pairs available in the App Store, I’ve seen growth I never would have imagined. I’ve also built apps on a contract or partnership basis when the project had a particular resonance, such as ACS Trials, an evidence-based cardiology app I built in collaboration with a group of cardiologists. It’s not Facebook or Instagram success, but for a solo designer/programmer working on projects I love, it’s perfect.

I have 1 employee who handles our email support, and an independent contractor who has collaborated on bringing ICD9 Consult and Medical Mnemonics to Android and is currently working on an Android version of Rowmote Pro, our most popular app which serves as a remote control, launcher, keyboard, and trackpad for Mac and jailbroken Apple TV. No venture backing – for where I am right now, with a dual-focus on ophthalmology and programming, I wouldn’t want to answer to anybody but myself. Who knows what the future will hold, though.

Any long term plans for the company?

I’m continuing development on a number of the apps currently out for sale… and I’m debating whether to make the move to a more managerial role, with one or two hired programmers, but letting go is hard.

What is the gross revenue from all your apps?

I’d rather not give specific numbers, but I can say that I paid off my medical school loans in their entirety during my intern year, and the business has continued to grow since then.

With your entrepreneurship and programming experience, what do you plan to do after finishing residency and fellowship?

I love every part of operating, so I do plan to practice. Ideally, I will eventually have a practice setting that allows me to dedicate some time to patients and some time to business development outside of clinic and the OR… It’s almost unfortunate how much I like ophthalmology, because there’s such infinite potential in the world of software development!

I think that’s about it. I’m happy to answer any questions… I’m on Twitter (@evands) and available via email.

Evan, thank you so much for taking time out for this interview.  I just loved getting to know you and where you are headed.  I know for me, I said “holy $#!%” in jealous awe of your revenue success!  Many kudos!  I don’t know about everyone else, but I am kicking myself for not learning how to code in my younger days!  Best of luck with the rest of your residency and fellowship years!