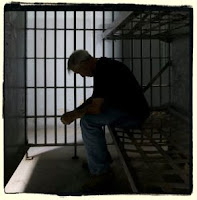 Recently, there has been a lot of hype surrounding how much prison doctors make a year.  Inmates need medical attention too but it can be hard to recruit physicians because of the perceived danger in working with criminals.  However, because it is a job paid for by the government, there are pretty good benefits like more paid holidays than your regular employer calendar.

California pays their prison doctors the most with more than 1,400 healthcare professionals making more than $200,000.  Nearly 100 doctors made more than $300,000.  Dr. Jeffrey Wang is one of them.  He quit his practice in 2007 to work in a prison and last year he earned $382,519.  Keep in mind that this figure includes getting paid for working overtime.

But don’t be mislead.  Many of the physicians with these high salary quotes received lump sum payments for unused vacation time.  That surgeon with the hefty $777,423 is Dr. Jeffery Rohlfing.  His high income comes from a lawsuit awarding him his current salary ( $235,740 ) plus back-pay for the past 2 years.  The internist who received $594,976 is Dr. Fong Lai who retired and thus received 2.5 years of unused vacation time.  Still it’s a lot of money.

So what salaries can you expect as a prison doctor?  Here are some maximum figures in different states :

Dr. Kurt Johnson makes $175,000 working part-time for a group who contracts out physicians to detention centers.  If you look at job listings though, some of the starting salaries range between $160,000 – $200,000.

Prison doctors have better pay, better hours, excellent retirement benefits, and oftentimes free malpractice insurance.  With the ability to work overtime or take on extra shifts, you can earn a very good salary.  Hell, if you don’t use up your vacation days ( which is easy considering the government has so many of them ), that can be a nice bonus at the end of the year or at retirement!

Medical fields that can get in on a prison job include internal medicine, family medicine, emergency medicine, psychiatry, and occasionally a general surgeon.

If you’d like to know what it’s like to be a prison doctor, Dr. James Windeck gives his personal account of it in his latest book, Prison Doctor

.  It’s an easy read and gives you a detailed perspective of his experience plus 32 inmate patient encounters.

How much do Cruise Ship Doctors make?

How much do University Health doctors make?