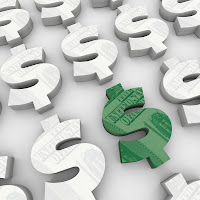 I’ve had friends with bonuses as much as half of their annual salary.  I, personally, received less than the average stated in Merritt Hawkin’s report.

The good thing to remember is that in most cases, you will be offered a sign-on bonus as compared to previous years.  That is, unless the job you are wanting falls under the 24% who still do not offer it in their recruiting efforts.  Then you’ll definitely be getting lower than the average stated.