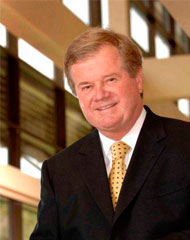 Last week when I wrote about Quest’s CEO resigning, I did a little digging to see if there are any other physician leaders at Quest.  I came across one that in further research is truly admirable.

Dr. John C. Baldwin has tremendous experience as a physician executive serving on many boards and committees, yet still has time to practice surgery.  He has been an independent director for Quest since 2004 serving on their board of directors and as a member of the audit committee. From that position alone, he earns over $271,000 dollars.  But like I said, he works in a few other roles.

Dr. Baldwin first received a bachelors from Harvard University and then a medical degree from Stanford. He went on to do a residency in Surgery with fellowships in Thoracic Surgery, Cardiovascular Surgery, and Cardiac Transplantation.  He was even Chief for many of these fellowships too.  Wow.

Afterwards, he was appointed as faculty for Stanford, followed by Yale, and rising through the ranks to Department Head at Baylor College of Medicine.  He then became Dean of Dartmouth Medical School from 1998 to 2005.  Remember he started working with Quest in 2004.

Dr. Baldwin has authored over 400 peer reviewed publications and lectured at over 370 venues.

So now, here’s his current workfolio :

I was unable to find the salary for being an Advisor and Slater-Baldwin Farms is privately-held so there  is no salary information publicly available.  But you get the idea, just from two jobs he grosses $591,146.

He is an example of a successful physician who combines practicing medicine (surgery professor) with non-clinical jobs (medical director and president).

How much do University Health doctors make?