Physicians Practice has released their 2012 compensation survey which gives you a small outlook into the current state of physician incomes.  The total number of respondents is actually less than last year’s survey with only 1,311 physicians compared to 1,766 from before.

Here are some other key points from the survey:

Finally, here are the survey results for a breakdown of income by specialty.  Specialties highlighted include OB/GYN, Primary Care (which is IM and FM here), Pediatrics, Psychiatry, and Radiology. 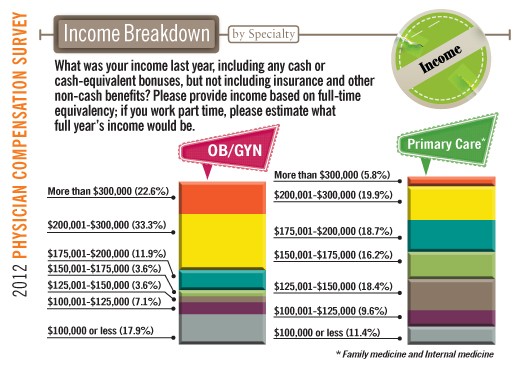 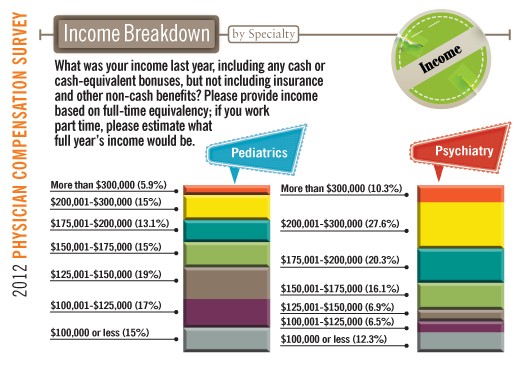